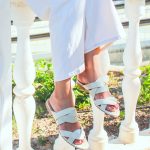 Soraya is pure trend. With a beautiful violet tone, asymmetrical design and detail on the instep, it has everything to become the best option for your summer nights. With support above the heel and heel of 5 cm. 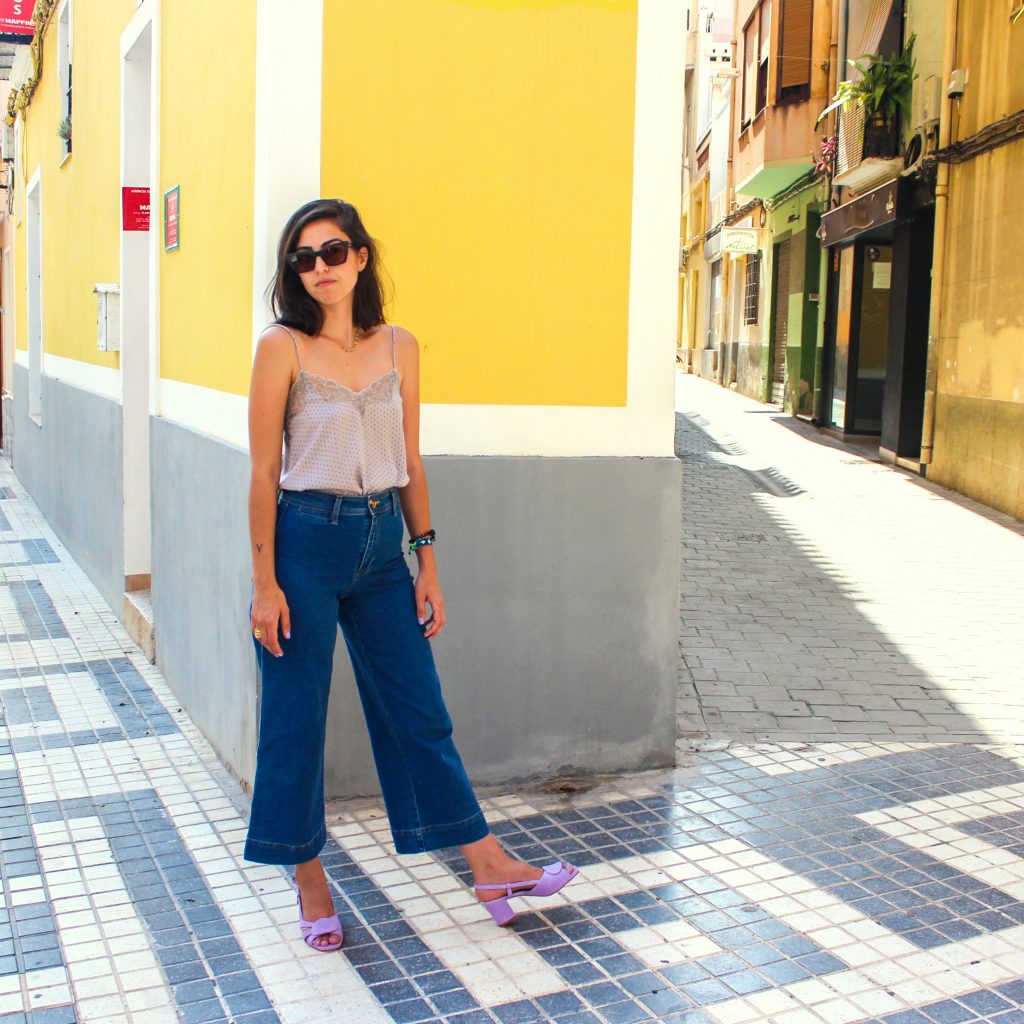 Sheyla is a classic strappy and heeled sandal, with a beautiful and very flattering design. With a mix of salmon tones and designed in suede leather, Sheyla will become your summer ally. 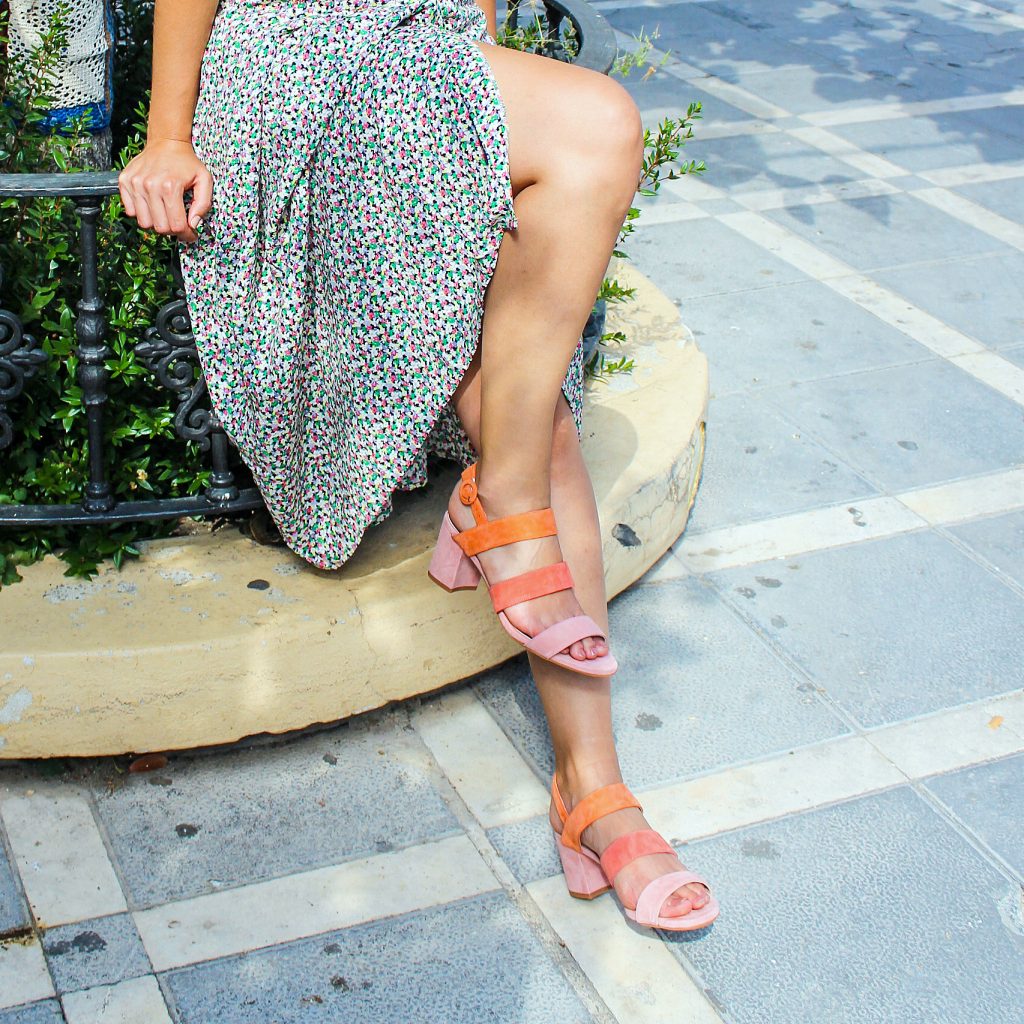 Sofía is a strappy sandal in a striking mustard tone essential for summer nights. They are designed with a combination of leather of the same tone; With braided effect and suede. They have a very comfortable 5 cm heel and are very flattering. 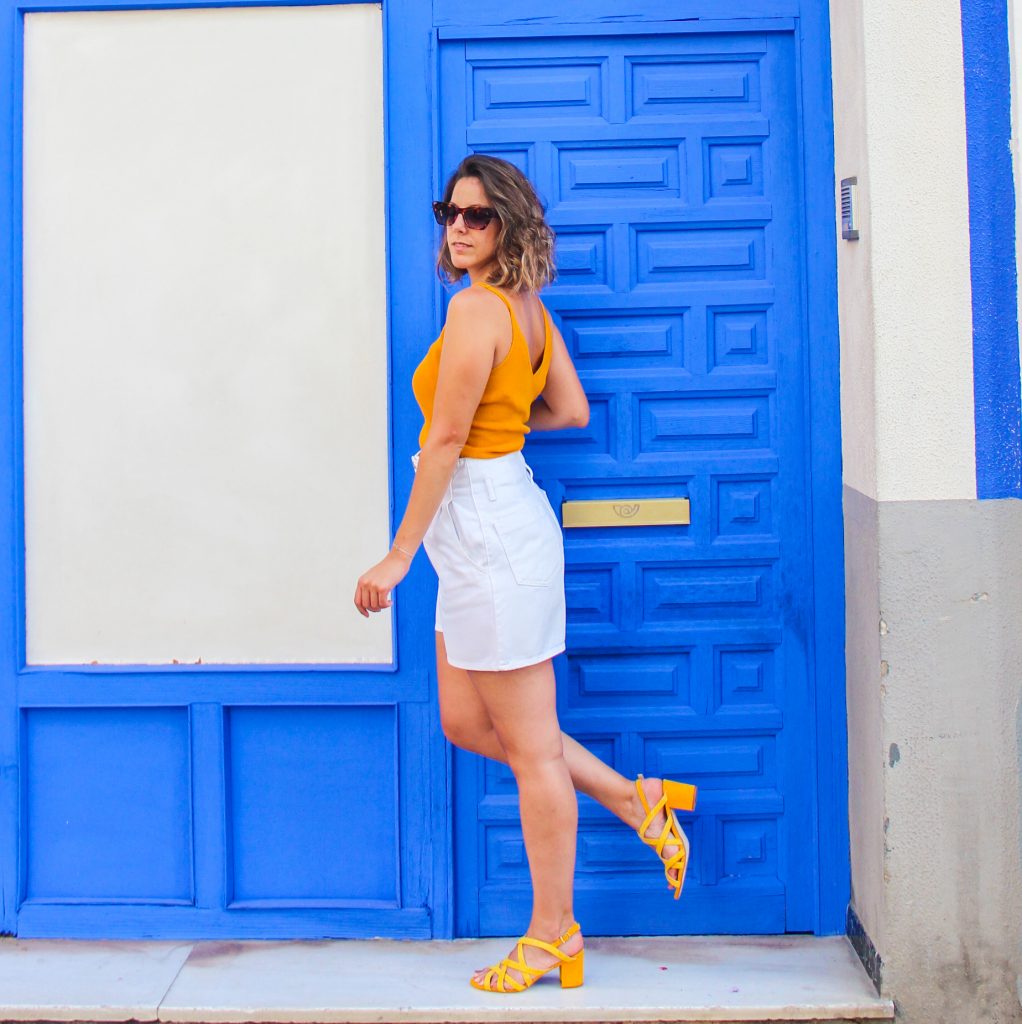 Sahara is a high-heeled sandal, with a beautiful engraving in white braided leather, which will give an elegant touch to all your looks. They have a very flattering 5 cm heel and three stones on the instep strap. Fucked at the ankle. 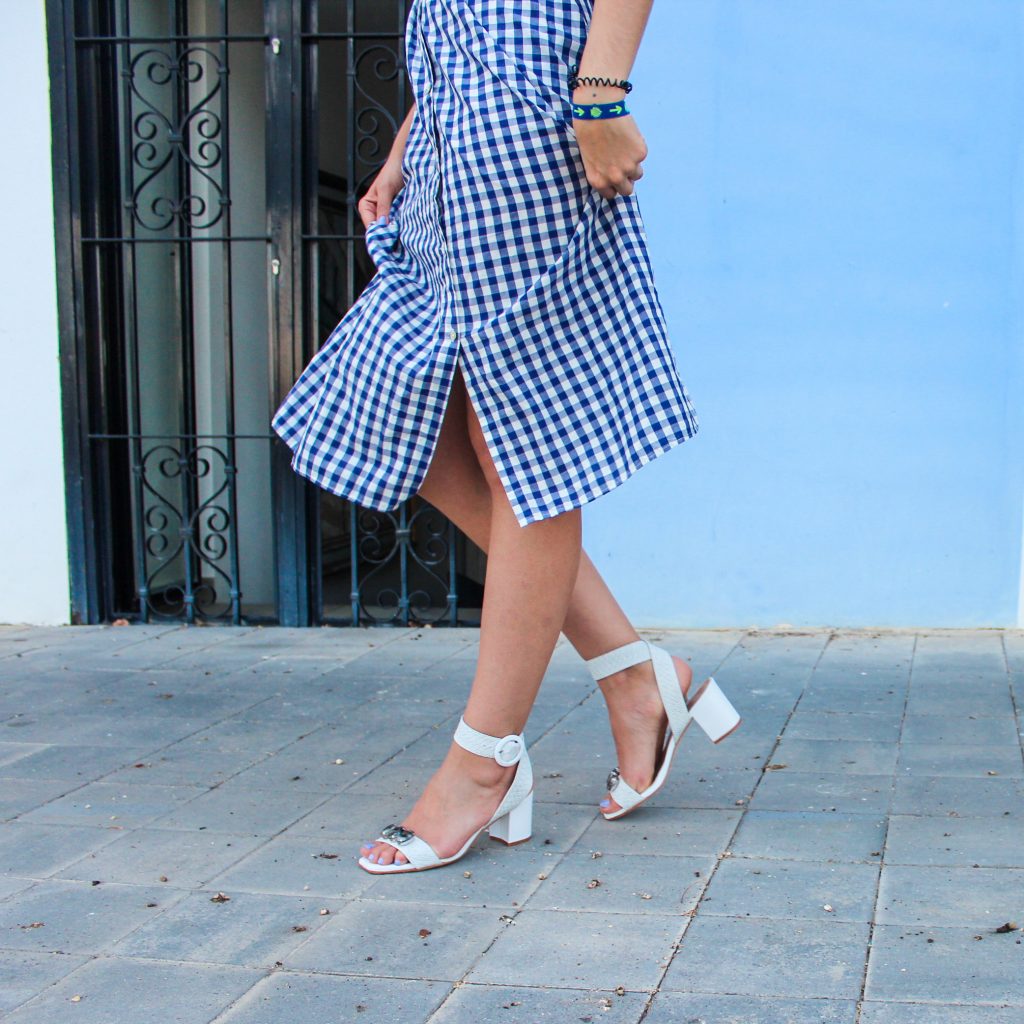 Leia is an essential strappy shovel for summer days. Its combination of materials and tones make it unique and different. Leia is certainly a safe bet for this summer. 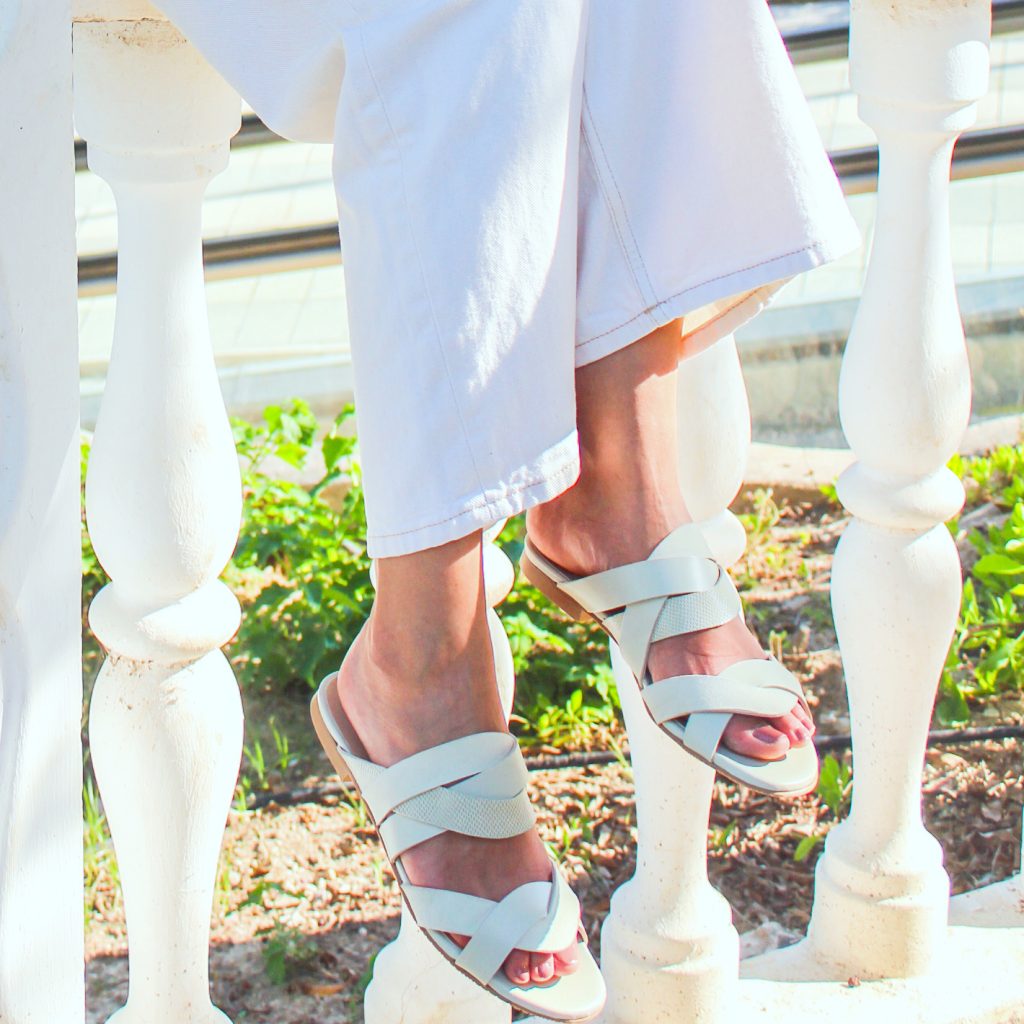 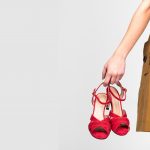 THE COLORS OF THE SPRING / SUMMER SEASON 2019

As you will know to launch a new collection of shoes you have to keep up to date with the various trends in the sector, including, of course, colors. There are large companies like Pantone that dictate which tones will be the favorites, according to the fashion in the streets, what is seen in past catwalks, etc. In Gennia we always try to adapt our new products to these canons without losing our own style; based on the timelessness and the mixture of neutral tones, which combine with each other and are liked by our audience. Still, we do a little review of what you will see this spring / summer in terms of colors and Gennia products that we have adapted to them.

Colors that you will surely see this season

One of the ones he repeats is the mustard color. This season comes in a very intense and flattering tone, ideal for brown complexion. Both smooth and patterned skin is a perfect color for summer. Many of Gennia’s models for this summer have this tone, which can only lift passions. Idara, Fular, Diosa and Feride are some of our proposals.

Another of the colors of summer, and that is undoubtedly full of strength and personality, is fuchsia. It is an intermediate tone between cakes and deep red and has the ability to favor anyone. It is one of the favorite colors in Gennia and one of our favorite models carries this color with it; Neus

You could not talk about tones of this season, not to mention the cakes. They are able to turn any look into a more romantic and sweet bet and are ideal for all kinds of events.

And finally, we talk about a tone that has always been more linked to the fall / winter season, but this year aims to be very present in the summer months. This is brown toffee, name attributed by the company Pantone. It is an elegant and very sophisticated tone that blends perfectly with the most summer looks. Our new collection is loaded with this hue. Do you dare to wear all the colors of the season with Gennia shoes? 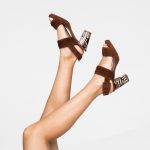 In Gennia we are premiere and it is that our new shoe collection is here. Inspired as always in female beauty we have based our collection on models that will become the absolute protagonists of any look.

This new season is full of sandals, predominantly the high heel, designed for special occasions or for those days when we want a touch more in our looks.

As for the colors we have focused on neutral tones that can work in any outfit. We highlight the mustard and earth tones so fashionable this season. Of course black and metallic ones have a special place in this collection, as they are undoubtedly the best allies.

If these new shoe proposals are marked for something, it is for the comfort that has always characterized Gennia Shoes. Heeled shoes, and especially if they are sandals, need to ensure comfort and support at every step, which we achieve through the quality of our materials and their great grip.

Featured models of the summer collection ´19
In this collection; Summer ´19 we have basic models of sandals with front strap, ankle support and medium heel, suitable for every day. We also have several models of clogs in different shades and with very summer prints. In addition, this season, we could not forget much more special sandals with higher heels and unique details; die cut forming drawings, small details such as bows and endless proposals with which we hope to convince and enchant.

As absolute novelty we bring you our sneakers. A collection, which without losing the essence of Gennia, seeks to reach that woman who prioritizes comfort above all and feels the sneakers as perfect allies for every day and to combine with almost any look. We hope that each of our proposals is to your liking and you enjoy both wearing Gennia shoes, as we create them.

THE TRUE HISTORY OF CINDERELLA

Everyone smiled, everyone wore their best clothes. Couples turned and spun and danced happily. With one exception … Cinderella. Cinderella was nervous, in a hurry, in a hurry … it was soon to be twelve o’clock at night – midnight, and by then she would have to be home. He tried to make his way between the couples. On the right, on the left, there, a gap – fast, fast, time was running. Where was the exit? He looked quickly to all sides – there, the door! Cinderella ran out, panic moved her. The prince tried to chase her. But alas! I shouldn’t know who she was!

Cinderella reached the door and started down the stairs in a hurry. God, how his feet hurt in these shoes … He cursed his fairy godmother inside for having convinced him to wear these shoes. They squeezed, brushed, produced blisters that grew with every step he took. In the distance the chimes of a clock could be heard – eight, nine … she tried to run more, began to limp at the pain of her feet, but continued. There was his carriage, only a few meters away. “Go ahead, go ahead” she encouraged herself. He kept counting the chimes … ten, eleven. By God, the silhouettes of his carriage were already starting to fade! He ran more. And, already – twelve bells. Completely horrified, she saw her float take the form of a pumpkin again, her beautiful horses became mice and her splendid dress in the old and worn rag of always. He looked back and saw the prince stunned. The other guests had also left the palace to see where the prince was running in such a hurry. And there they were, directly behind him, with faces of outrage and even anger. The scandal was perfect. The prince turned around: “Ladies and gentlemen, please come in, there is nothing here to see. Enjoy the evening.” The orchestra played again and people turned around and entered between whispers. Cinderella looked sadly at the castle, turned around and smoothed and with her gaze to the ground began her long way home. The only thing that had not been transformed were those happy shoes he had received from his fairy godmother. He took them off and threw them all furiously to a nearby field. If they had been more comfortable, they could have run better, they would have arrived in time to their float and everything would have been different.

Suddenly, Cinderella heard a sweet little voice: “Oh dear!” Cinderella looked around to know where that voice came from. Among some bushes came a white kitten that wore beautiful booties with leopard engraving. Cinderella looked surprised at the kitten with ankle boots, which she sighed and said “I would say goodbye to that fairy godmother in your place. Who can think of, give you some shoes like that and on top for a dance? I’m going to tell you a magic word, remember her well … “, the kitten purred” … Gennia. “And, with that she disappeared. Cinderella was dumbfounded “And that? What does that mean?” But the kitten did not come back. “Well,” Cinderella thought resignedly, “it doesn’t matter anyway … it’s too late” and he turned around and started slowly – barefoot and limping – his way home as tears went down his cheeks and blisters ached .

The next day he woke up very early because there was a lot of fuss in the street, noises of horses, floats, screaming voices, fists knocking on the doors of the houses … Curiosa looked out the window of his attic and saw the royal float in front of the family home! He dressed quickly and went down the stairs to find out what was happening. At the entrance was the prince with a turquoise cardboard in his hands. On the cardboard cover he could see some letters in silver: Gennia. “Curious,” he thought, “is the magic word the kitty mentioned.” “Cinderella,” said the prince, “I could not help listening to your conversation with the cat with booties. And, in case you wanted to dance with me again, I brought you this, so that you are more comfortable during our next dance …”. Cinderella opened the cardboard and, there they were … perfect shoes, elegant and in a beautiful color. He tried them on and was absolutely amazed at how comfortable they were. “Yes,” she said delightedly, “this is magic shoes. Now I can dance until dawn!” So it was. Today, Cinderella and the prince continue to dance and Cinderella continues to pamper her feet with Gennia shoes. And, that’s the true story of how shoes changed Cinderella’s life. The morale? Forget the fairies with their stories – the true blue princes understand your passion for shoes and know that the pair that makes you smile is worth a thousand kingdoms! 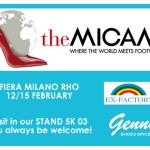 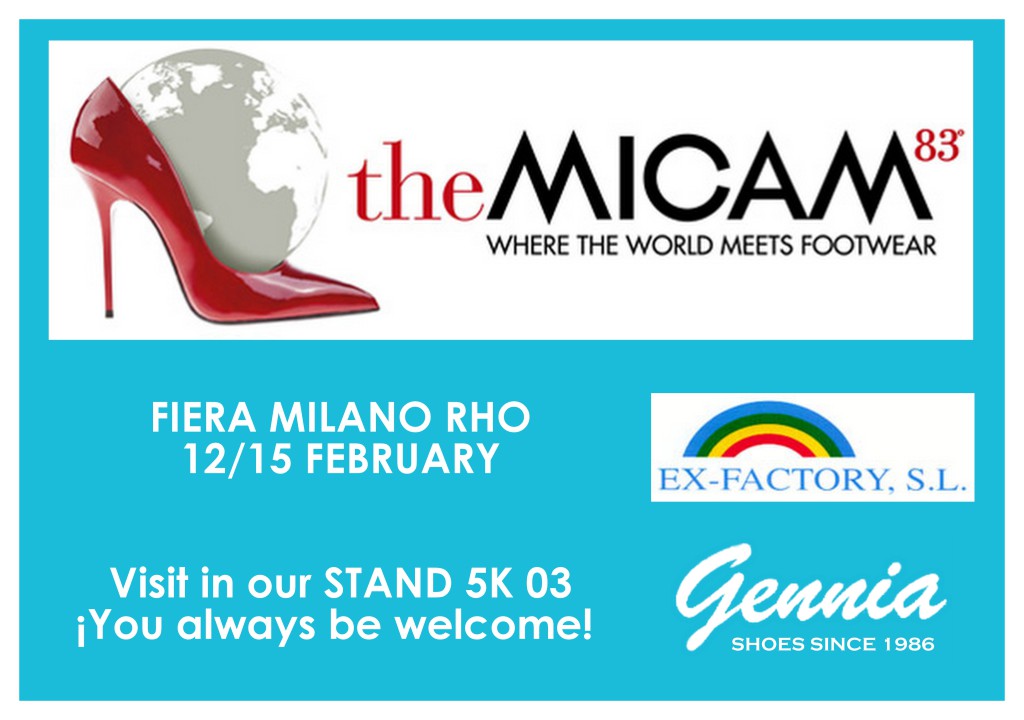 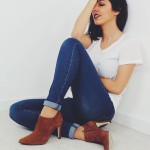 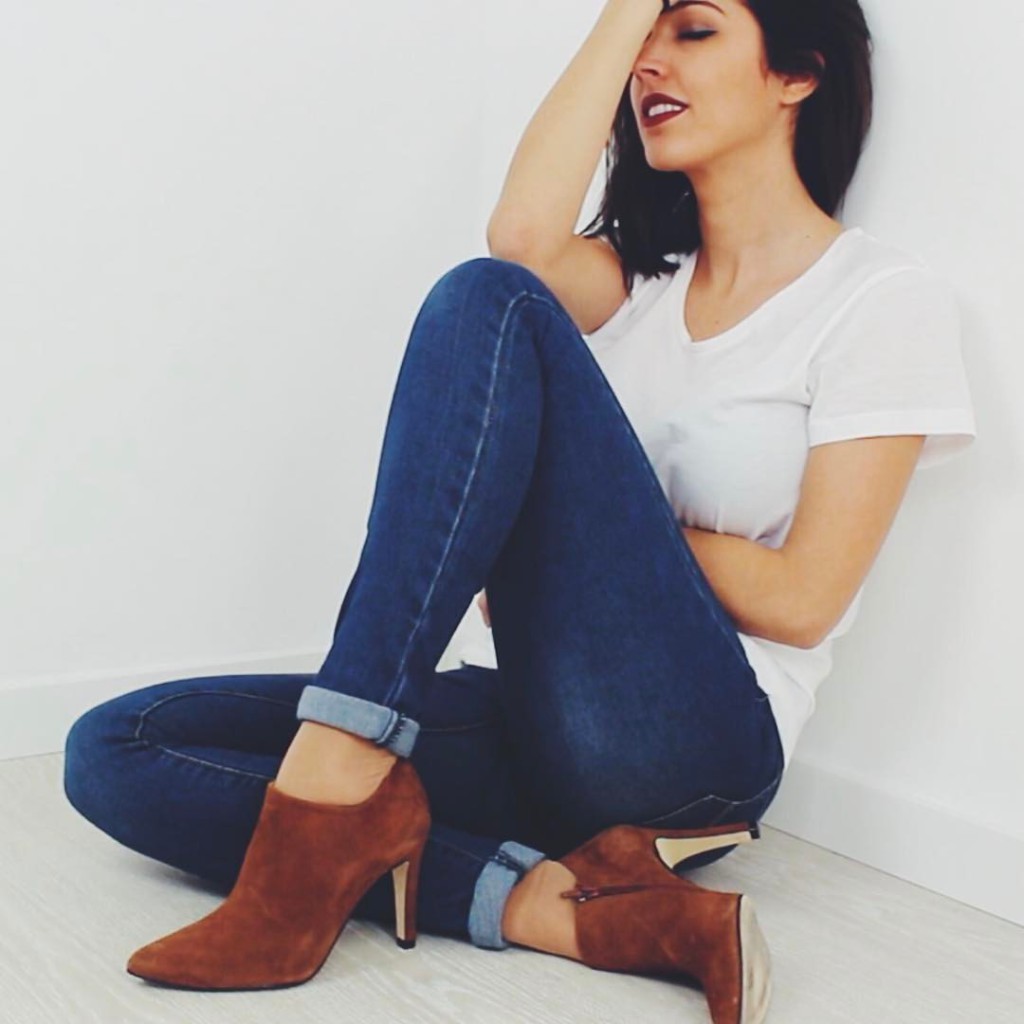 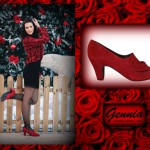 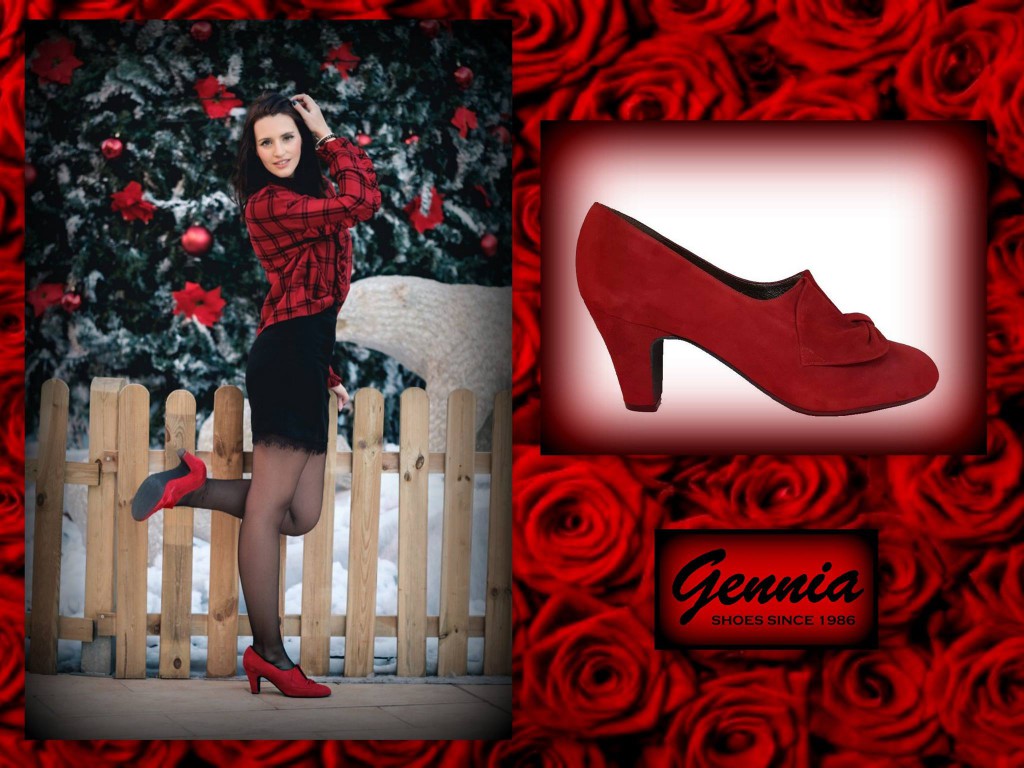 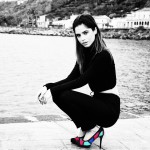 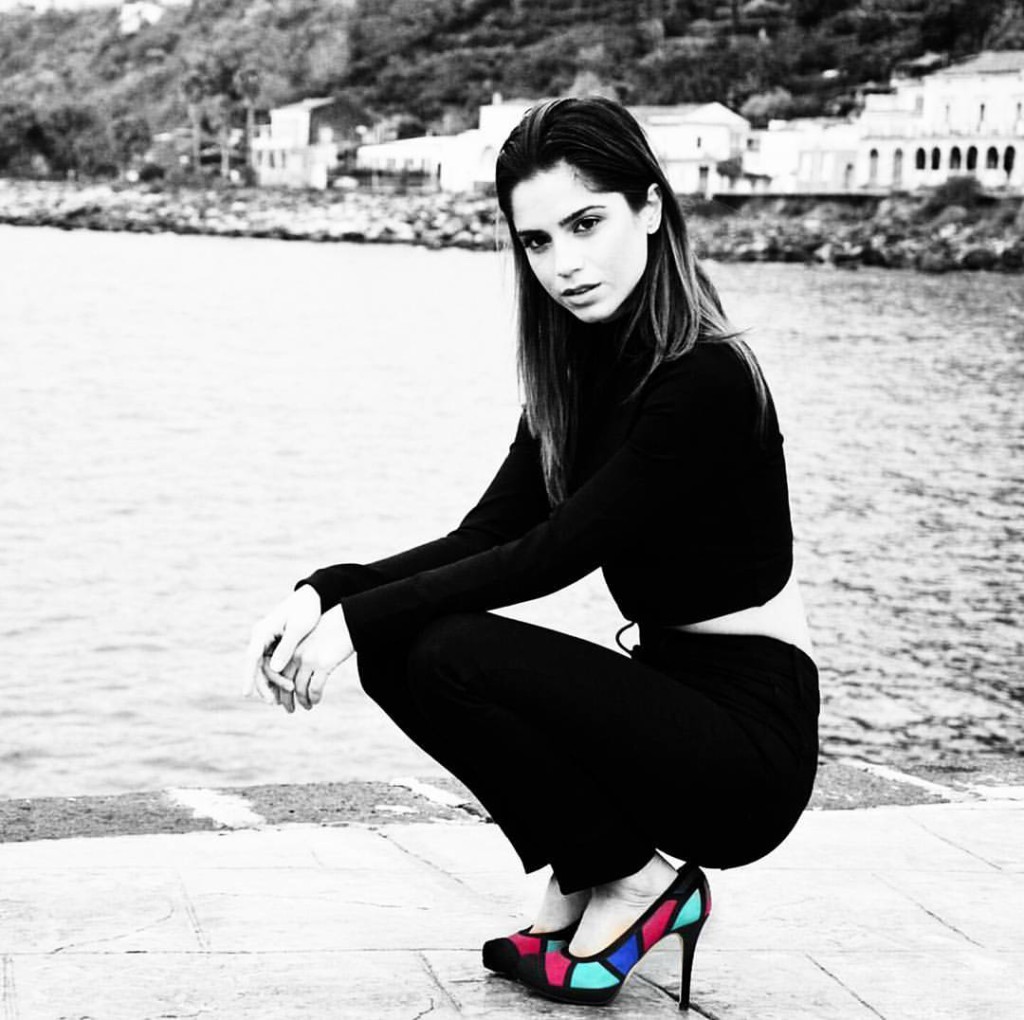 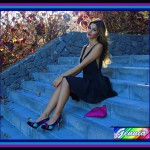 Our style “CULTI” in “CINEREA” blog.

More photos and details in the next link: 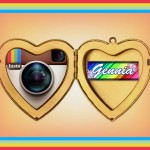